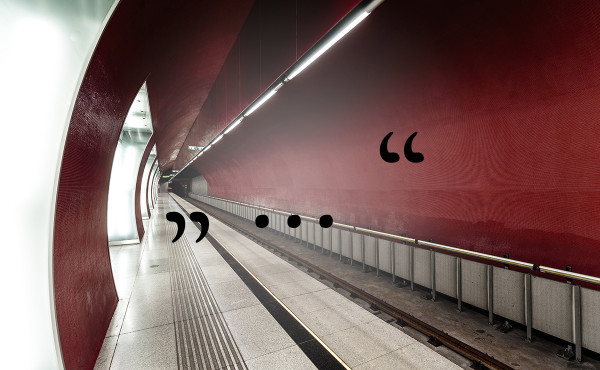 Among the underground rails of Europe Budapest plays a special role as its origin is actually Germany. Berlin back then developed quickly and places like Potsdamer Platz square became the busiest spot in Europe. Logically infrastructure had to be brought into line with that high traffic density, hence quickly ideas to build a London-style underground arose. Actually Berlin should have got continental Europe’s first subway but design and constructional execution got blocked and thwarted by the same type of bourgeois and preservation of vested rights and property loving narrow-minded Berliners also bringing a gentrification disaster upon the city nowadays.

Here are the photos of all lines of the Budapest Metro

Visionary engineers Siemens & Halske looked for a wider field of putting their most important invention into operation, the electric motor as smoke involving coal-fired underground trains are no option. Siemens didn’t hesitate to think outside the box and got in touch with Austro-Hungary, a friend of Germany at that time, as they needed a transport solution for their world exhibition to open in 1896. Siemens built continental Europe’s first underground as well as first electric underground worldwide to start operations on time.

That very first electric underground in the world is yellow colour coded M1, the Földalatti line. Passengers can access it from side platforms whose entrances frame Budapest’s magnificent Andrássy út avenue. The subway is small as it got addressed to a passenger volume of the 19th century. Communist Hungary fortunately paid highest attention to preserving the original character of the Földalatti line when it got modernised in the 1970s. At that time the route got also extended northwards.

Photographing the Budapest Metro was difficult as due to local narrowness I couldn’t work with my usual prime lenses. All photos got shot with an ultra wide angle, what also means an aperture of f/4 and not usual f/1.4 what means a break to the way of what my subway images look like. All images got taken using a Canon EF 16-35mm f/4L IS USM. In case of Budapest’s M4 line I could use my beloved Sigma 35mm f/1.4 DG HSM Art again.