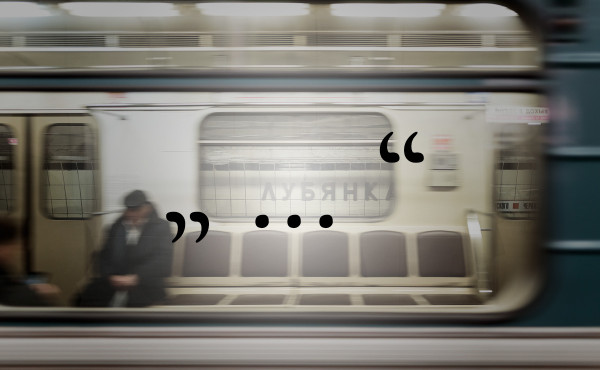 Here are the photos of all lines of the Moscow Metro

Uvazhayemyye passazhiry! – Finally Moscow, finally photographing the queen of undergrounds, that’s what I dreamed of since 2007 when I saw the subterranean palaces of the Russian capital for the very first time. Back then photography was strictly forbidden as, even today, the Moscow Metro is of high strategic value. Today things are different as green smiley pictograms signalise visitors that photographing is absolutely ok. If you do that professionally then you do need a permission though and thanks to my friend Yury I could show that whenever I got asked. Thank you, Yury! 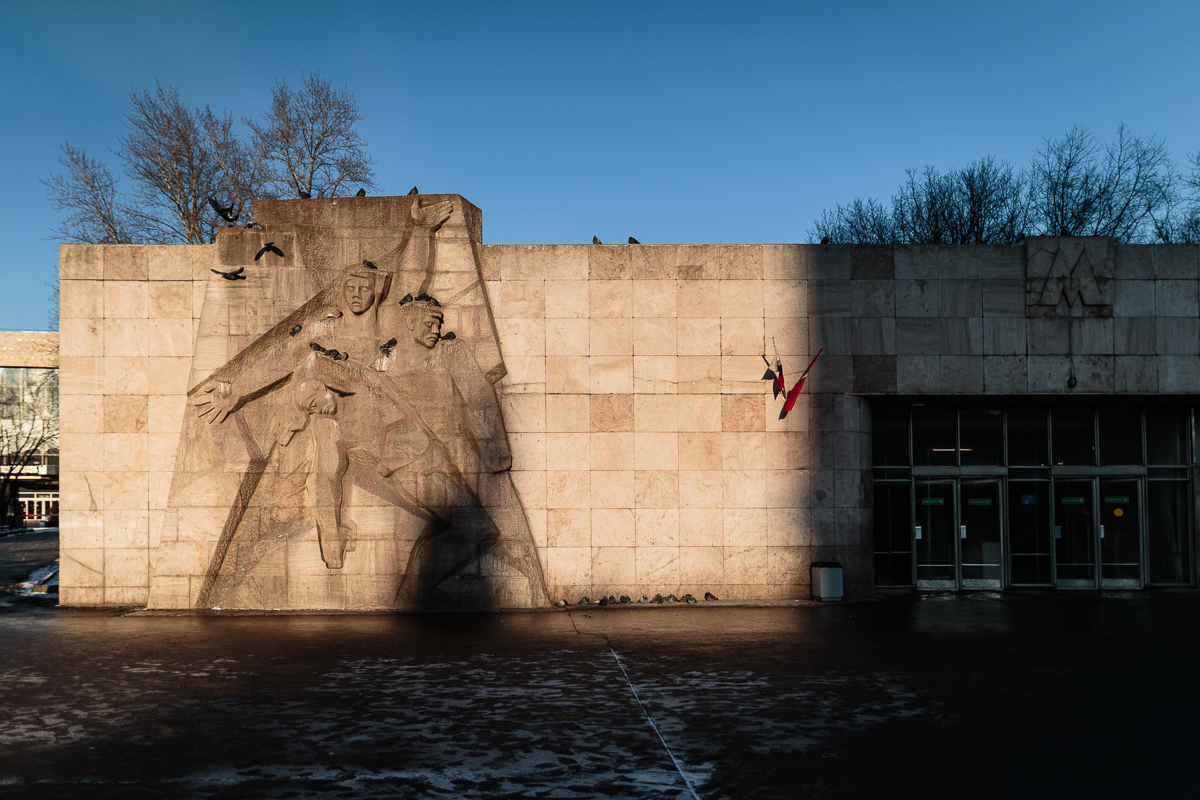 All in all three major architecture periods become apparent in the Moscow Metro:

Monument protection has highest priority, hence the Moscow Metro stations are advertising-free, what is anodyne for western eyes being in a state of sensory overload. And there is another very charming and heart-winning detail: the majority of station names ends with „-aya“ – a tribute to women. 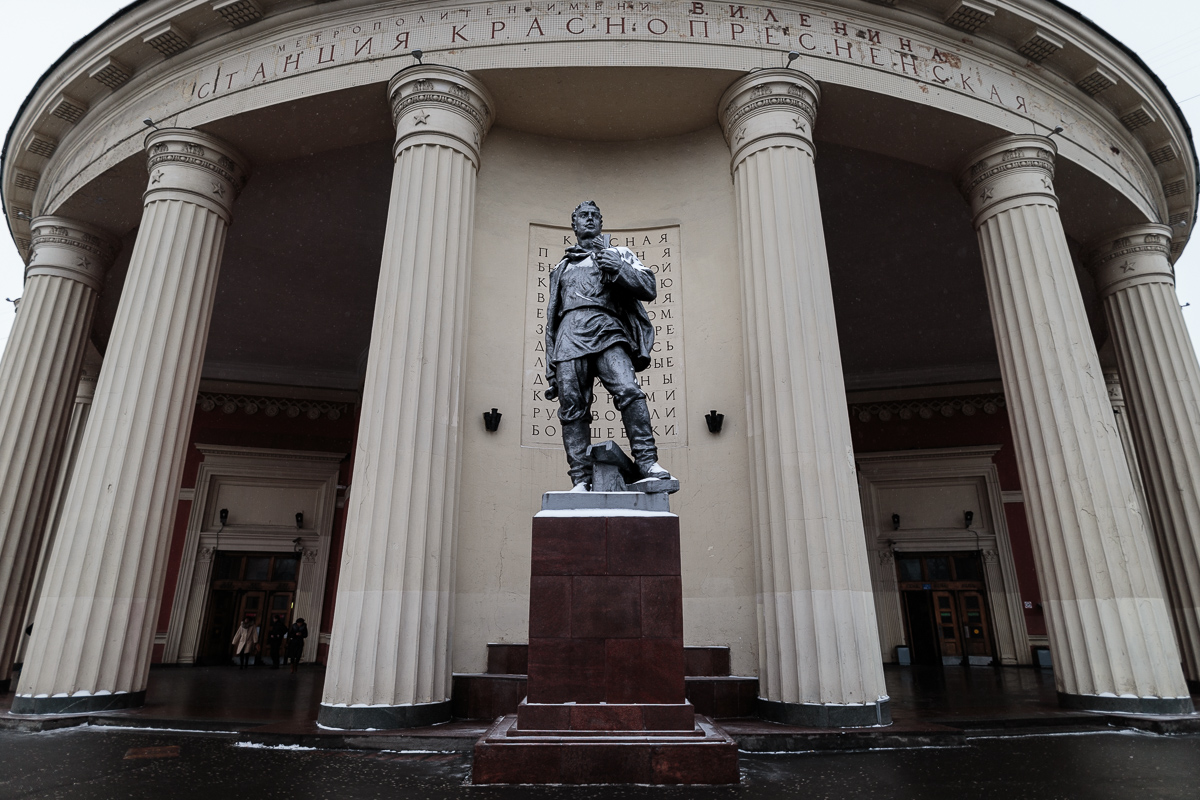 For the Muscovites their metro is a main artery. Deep down in the bowels of Moscow there is no traffic jam like it’s often the case above ground. The metro just always runs. To boot it is an inherent part of the city, it is fully accepted, what gets revealed when people make appointments as they always meet in and at metro stations. “14 o’clock Kitay-Gorod, then 19 o’clock at Smolenskaya, ok?” That’s a very usual way to make appointments, hence the middle of the platform is packed with people waiting for people. Also free Wi-Fi plays an important role and explains why so many people are down in the metro. They’re simply surfing :-) 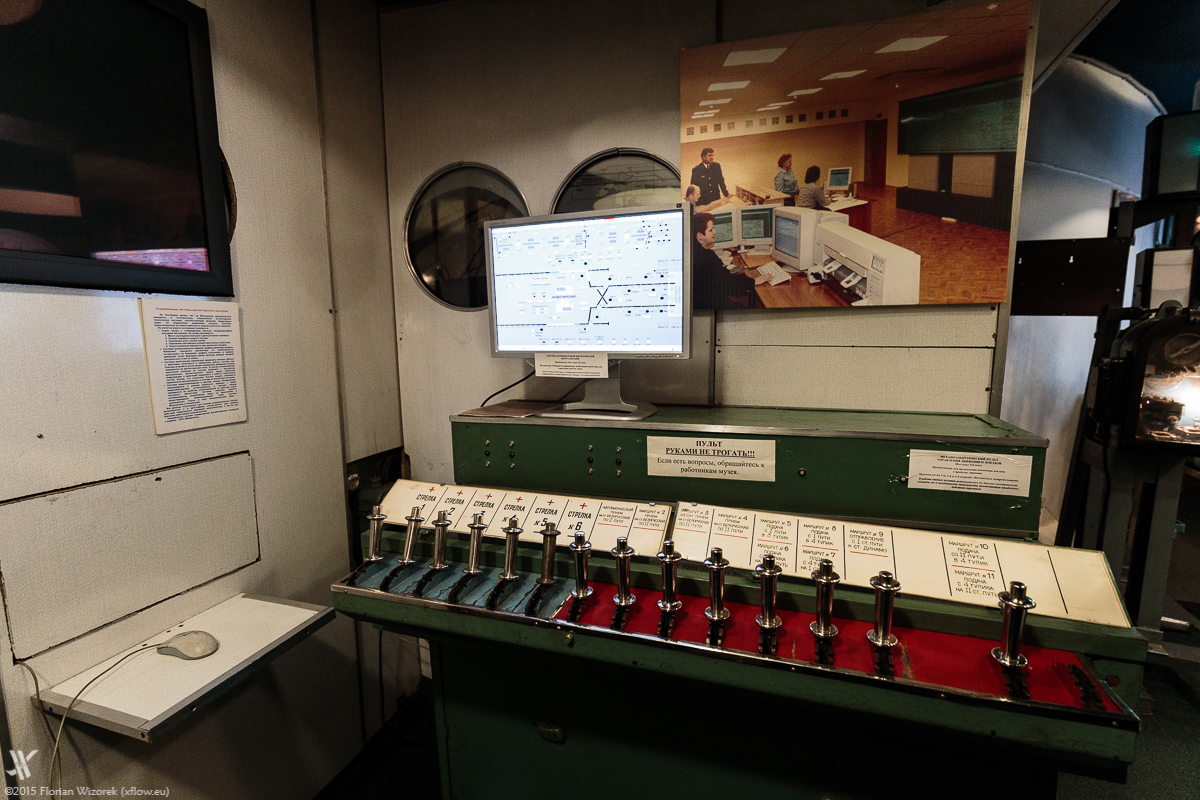 To photograph one of the subways having one of the highest passenger volumes in the world I have chosen the first days of January as at that time of the year many Muscovites are not in town. In the morning hours that aid was pretty much visible as the platforms at 7 o’clock are the very opposite of 13 o’clock, meaning that in the afternoon the Moscow Metro is packed par excellence. Then things, in particular at the big interchange stations like Paveletzky, Kievskaya or Komsomolskaya, are pretty much buzzing.

5 days in a row, each time beginning at 6 o’clock in the morning, I went into the Moscow Metro what resulted in some 75 Gigabytes of data. Fortunately I could capture Frunzenskaya before it got closed for a year on January 2nd, 2016. Also I was lucky that recently freshly reconstructed Baumanskaya got reopended again and that I could include the latest addition to the metro network, that is Tekhnopark station.

And that’s what the Moscow Metro usually appears like: people wherever one looks… 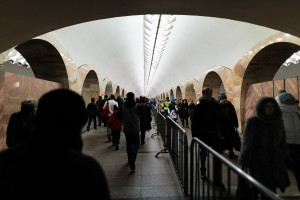 Stream of passengers at “Kuznetsky Most” station 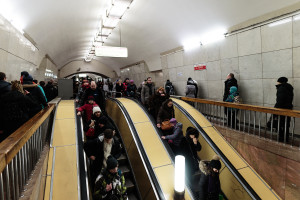 Packed interchange to line 7 (Kuznetsky Most) at Lubyanka station 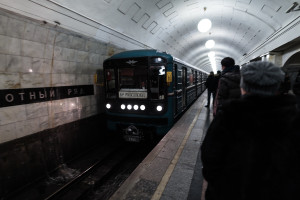 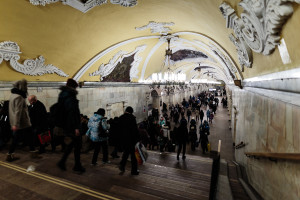 Stream of passengers through “Komsomolskaya” station 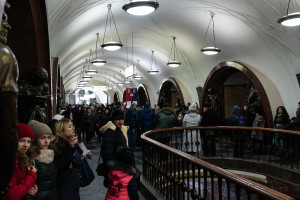 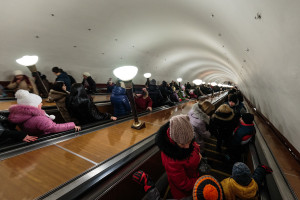 
Another aid is the very short interval of trains arriving, that’s ranging between 90 and 120 seconds according to time of the day and ridership. Every 2 minutes a new train. Amazing! And always people are inside…, unlike in Berlin, where I live, where you can barely spot 3 (!!!) passengers at noon on Christmas Day. The frequent train service helps me a lot to make progress in an underground network that is 333.3 kilometres long, comprising 12 different lines with trains stopping at 200 stations (as per July 2016). Though taking photos was everything but easy and I was lucky having caught the Moscow Metro that empty. To show you the usual hustle and bustle I’ve included some photos here to exhibit how many people you can meet in the metro even at holiday time.